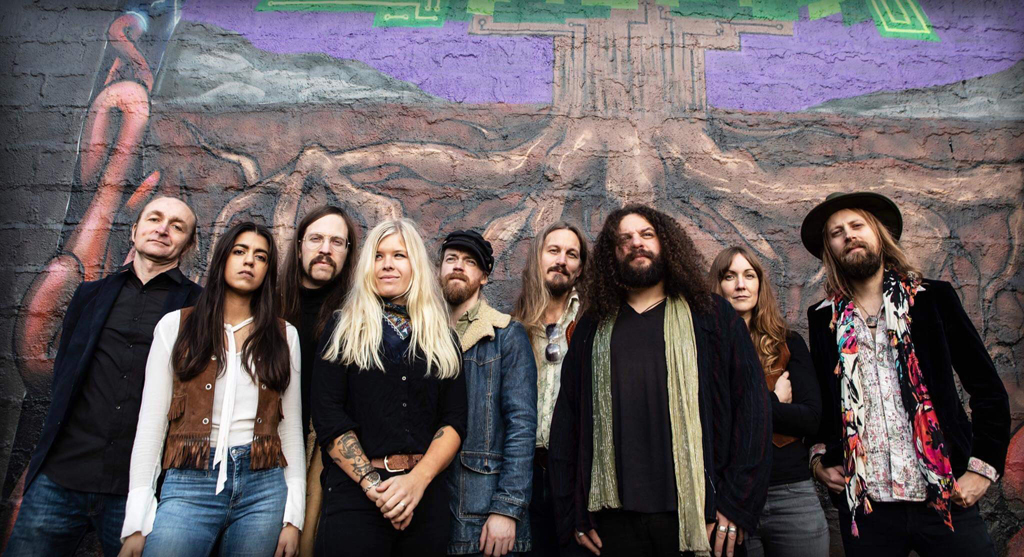 Siena Root came to life in Stockholm in the late 90’s and is today considered one of the pioneering Swedish bands in old school rock music.

In 2004, when the internet and mp3’s were the new deal, the band persistently released their debut album as a double vinyl LP. Listeners would start carrying down their old turntables from the attic, thus marking the first steps in what we today refer to as “the retro trend”. The live act came to be an uncompromising show, using all the heavy vintage equipment that most bands lack the strength and passion to carry along. Even a full size multi-track tape recorder was brought on tour during the recording of the live album. With the immense dedication to do it all the way, Siena Root would always stand out from the others.

Since the beginning, Siena Root has mostly performed as an experimental collective, the foundation being a trio with guitar, bass and drums. Several guest musicians would complete the line-up, and the fans would never expect to see the same show twice. The result was a rare musical diversity throughout the first five albums and hundreds of live shows. The adventure continues, and the pioneers are getting ready to plant another flag in the land of root rock!