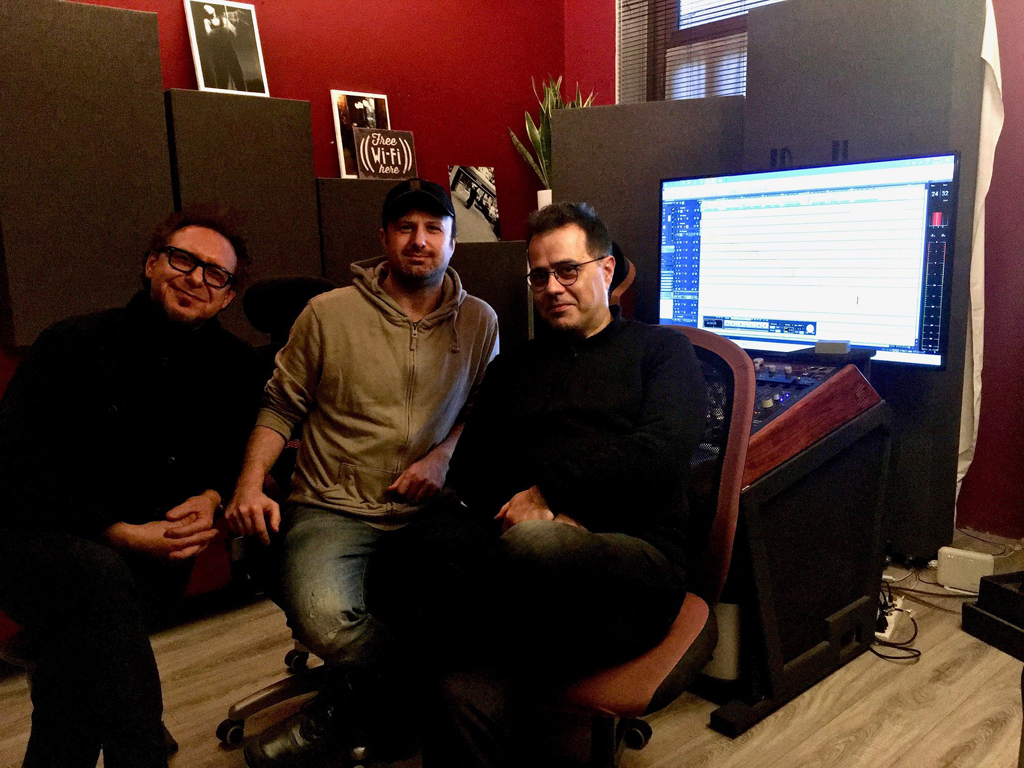 RØSENKREÜTZ began as a solo project of music producer Fabio Serra. It reached its present line up after a long time and thanks to the involvement of many friends.

Fabio, multi-instrumentalist and producer, with more than 25 years experience in the music business, never forgot his roots and his love for British progressive rock. He begun his career as a guitar player for some local bands including Arlequin (with a demotape released in the early ’80 in the heat of the new prog rebirth) and then, between 1990 e il 1993, Yellow Plastic Shoobedoo (kind of “ante-litteram” Genesis tribute band, devoted to the ‘70/’75 repertoire), both bands featuring the late Alberto Bonomi on keyboards, then D.F.A. He then progressed to working in a recording studio as both producer, sound engineer, musician and composer from 1989 until today.

The RØSENKREÜTZ project originates from a couple of tracks, originally written as part of another project with Alex Brunori (singer from the roman band Leviathan, who released two albums with Musea in the ‘90). The project was initially abandoned due to the distance between Rome and Verona in the pre-internet era. After many years the original demos of these tracks were rediscovered. They still sounded interesting to Fabio, who was feeling the need to do something more in tune with his musical inclinations, and so they were developed into a complete album, without any commercial or creative conditioning.

The first two tracks were totally rearranged, all the drum tracks were re-programmed and all the vocal lines and lyrics re-written. At this stage two dear friends join the project: Gianni Brunelli (a jazz-funky drummer who has been present for many years on the Verona scene) and Gianni Sabbioni (excellent bass player with a huge resume) joined the project and brought great talent and excitement. The first official recording sessions began in the summer of 2006, then, over the years, the other five tracks were written and produced.

For the delicate role of the lead vocals Fabio chose Max Piubelli. Max is the lead vocalist of Methodica, a progressive rock band for whom Fabio had produced their debut album “Searching for Reflections” released in 2009 by Underground Symphony.

The album was then completed thanks also to some special guests such as Angela Merlin on female vocals, Carlo Soliman on grand-piano (and keyboards for the live line-up,) Luca Nardon on percussions, Gabriele Amadei on violin and Cristiano Roversi (from Moongarden, Mangala Vallis) on Chapman stick. The project was mastered by Stefano Cappelli at Creative Mastering in Forlì and the booklet pictures were courtesy of Alfredo Montresor, The band, although it had been created as a studio project, has decided to take “BACK TO THE STARS” on stage in the near future. Furthermore, Fabio is already developing some new tracks which will be part of a future follow up album, probably a concept album that will flourish without any stylistic constrain.