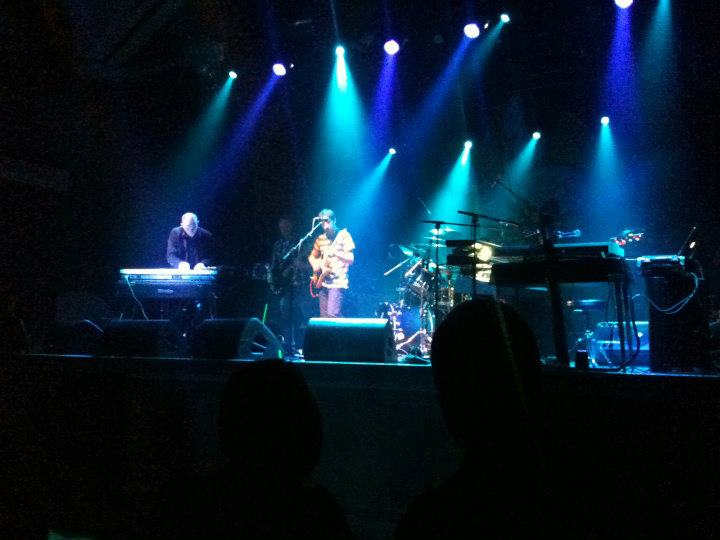 Sanguine Hum began as a musical collaboration between school friends Joff Winks and Matt Baber, who set about writing and recording a unique blend of musical compositions inspired by artists such as the Flaming Lips, Tortoise, Aphex Twin and Frank Zappa. This diverse music took shape throughout 2001, and by 2002 the first EP called Mild Profundities was released under the name Antique Seeking Nuns, gaining a favourable review from Record Collector magazine. In the same period Joff and Matt also sketched out the music for two further EPs, plus the beginnings of a vast conceptual project called Buttered Cat, that over a decade later would eventually take shape as the Sanguine Hum album Now We Have Light. Previous to this however, Joff had been working on a collection of songs, stylistically very different from the Nuns material, with a greater influence of artists such as Neil Young and David Bowie.

These songs had gained some interest from publishing companies – enough of an interest in fact to lead to plans to record a full album and begin playing gigs, initially under Joff’s name, then later as Joff Winks Band. Cue the arrival of two key figures in the story: Brad Waissman and Paul Mallyon. Both extremely gifted and inquisitive players, Brad had a previous background as a session musician and had worked with The Waterboys and Rick Wakeman among many others, and Paul was known to Joff via a previous band that they had all been part of in the late 90s. Thus the core quartet of what would become Sanguine Hum was in place – gigging and recording singles as Joff Winks Band, whilst “secretly” laying down tracks for the other Nuns EPs and also further sculpting the music for Now We Have Light. Initial support for the band was sparse but very enthusiastic when it did come along, with online radio support from The Eppy Gibbon Podcast (Ian Fairholm) and the Interesting Alternative Show (Steve Davis) as well as early mail order support from Wayside Music being crucial examples.