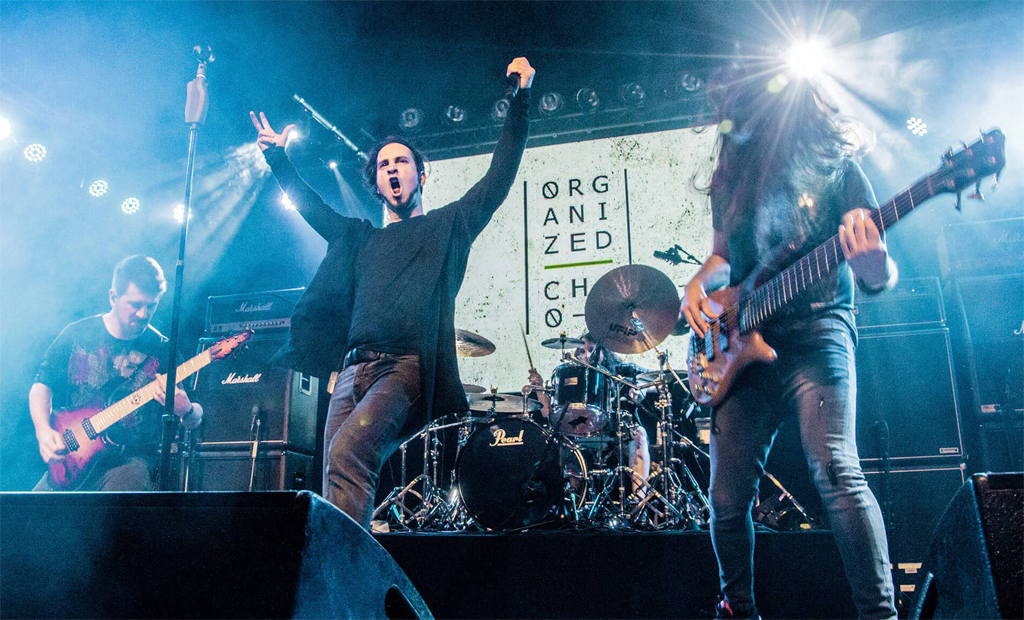 Organized chaos is a progressive metal band from Belgrade, Serbia. Their music can be described as a mixture of different melodies, forms and orchestrations which unconventionally combine modern progressive metal with different musical styles like funk,classical music, latin, hip-hop… The basic idea of this project was developed from Vladimir Lalić’s desire to record a couple of his musical ideas. So in 2005, the demo version of “We” was recorded with creative support from Marta Vlahović on vocals/keys, Milan Jejina Yeqy on drums and Djordje Golubović on bass.

In 2007, Alek Darson (guitars, keys, production) joins the band, shortly followed by Stefan Golubović (bass). With intensive collaboration the project slowly grows into a real band. They start playing gigs and concerts. A strong euphoria, liveliness, diversity between songs and explosive strength make live acts of Organized Chaos their strongest weapon. The band also does acoustic acts, which gives them an opportunity to express their musical personalities in a different light. After some successful concerts, the band makes a live national TV appearance in the music show “Stepenište (Staircase)”.

After this all energy was pointed towards finishing the debut album. With 14 songs and over 80 minutes of conceptual music, “Inner Conflict” presented a huge step for them.